I'm using my regular pie crust as a base, and topping it with fresh steamed apples sprinkled with cinnamon. Add a touch of cinnamon to the cheesecake batter and some more apples for a topping, and your Cinnamon Apple Protein Cheesecake is complete!

If you like this recipe, check out my other protein cheesecake recipes! 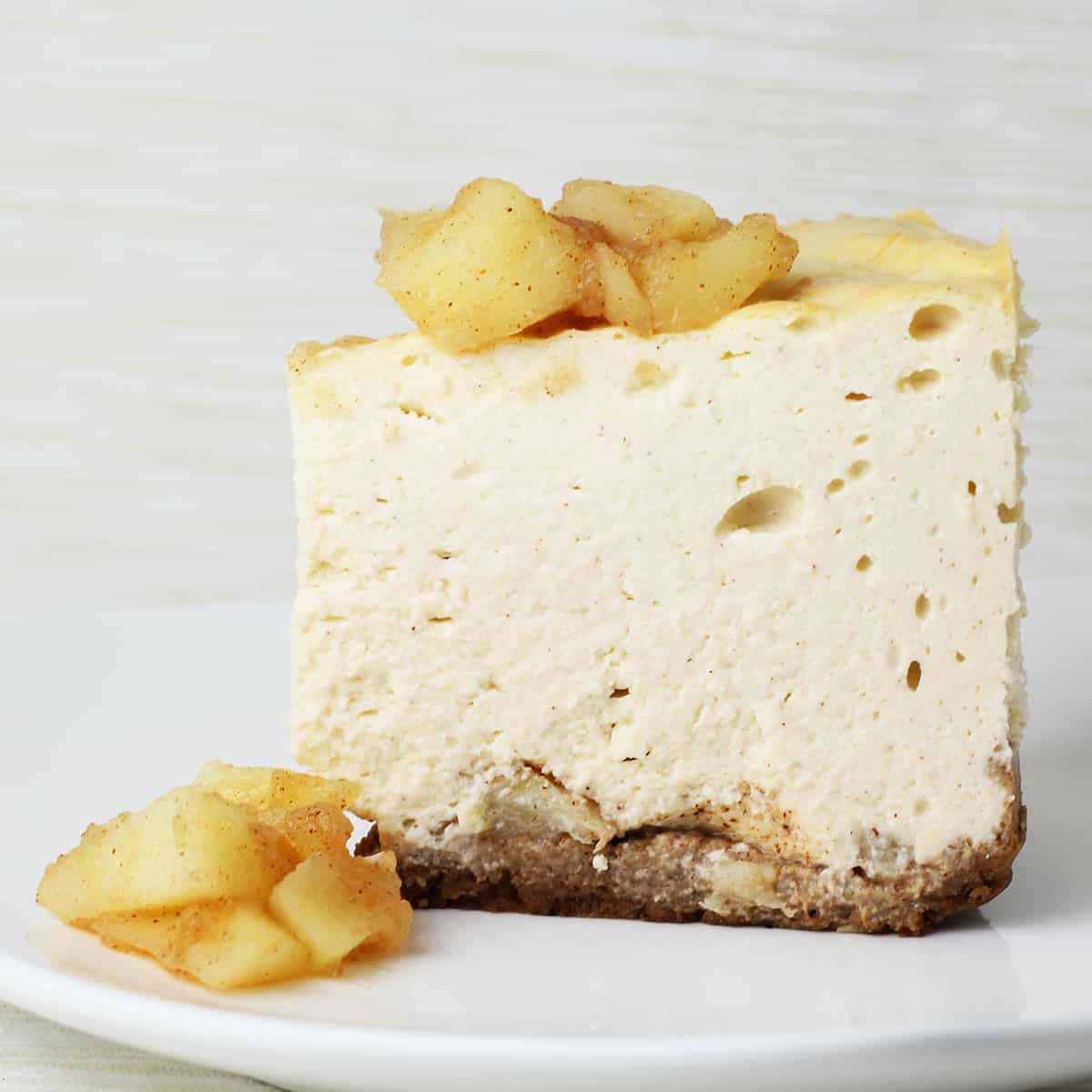